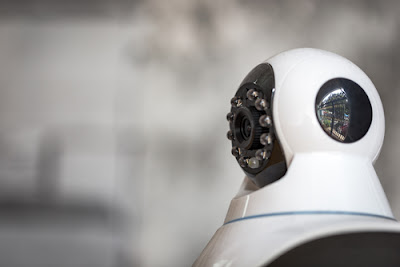 Closed Circuit Television, popularly known as CCTV is a system whereby signals are not publicly transmitted but are closely monitored for security and surveillance purposes. For CCTV to function well, cameras have to be placed strategically and installation of monitors which are fed with information from the cameras. Information from the cameras is transmitted through coaxial cables or a wireless system only to designated people. Being the most developed city-state in the world, Singapore has embraced this technology and it is widely used in the offices for various reasons. Chinese, who are the majority of the citizens of the state have played a major role in initiating these tech developments in this world class business hub.

Reasons for installing CCTV in the office.

The following are some factors that drive business owners to have CCTV installed in their premises:

· To monitor the perimeters
This is usually to monitor medium and high perimeters to monitor office premises that need tight security. This could be in state offices or banks.

· Traffic monitoring
CCTV can also be installed in offices that experience heavy human traffic. This helps to keep track of what is happening and to monitor potentially dangerous clients who can be disastrous. For instance, offices that are at a higher risk of bombing like embassies and airports.

· Observing behavior of employees
This is commonly used by bosses who would like to keep an eye at what the employees are doing. The aim of this may be to foster discipline and professionalism who cannot work unless under close monitoring. Bosses who are not available at the office most of the time can also monitor their employees using wireless CCTV systems.

· In Singapore, CCTV cameras are also used in offices that deal with sensitive information or money.
These are mostly in casinos, banks or even military control rooms. This helps in keeping an eye on who accesses the areas and what exactly they do inside there.

Common types of CCTV used in offices in Singapore.

1. Wireless CCTV cameras
These have minimal wires which are hidden hence cannot be tampered with by malicious people. They can be easily installed and mounted in areas where the wired cameras cannot be installed. Apart from convenience, some can be powered by batteries hence making them completely wireless. They transmit audio and video footages by radio and one can stream the videos via the internet. They can be used by people who are in need of high speed transmission and those who are into wireless gadgets.

2. Night vision cameras
These are cameras that can be used for surveillance during the day or night, but can particularly function well during the night. Since most of the crime takes place at night, these cameras can detect motion and are capable of recording high definition video and audio footages. One can choose to have either black and white or colored footages depending on their needs.

· Office size and design
Consider the size of the office where the camera is to be mounted. Bigger offices may need either a single camera with a powerful lens or multiple camera to monitor different parts of the office. For open offices, one may need fewer cameras compared to an office that has many partitions.

· Cost
The cost of the camera is also an important factor as well, depending on affordability, one can always choose the best that they can acquire.

· Camera type
Depending on where it should be mounted, one can choose to have a stand-alone, vandal proof, wireless or even Nano cameras. An office situated in a high crime risk area is likely to be equipped with vandal proof cameras to avoid potential damage.

Advantages of installing CCTV in the office

· It provides complete security management
Installing CCTV cameras in the office premises is one sure way of dealing with security inside and around the premises. Staff who are tempted to steal company assets are dealt with as keeping break ins at the minimum.

· It facilitates an all-time presence
Installing CCTV cameras in the office helps one to keep an eye on what is going on whether they are physically in the office or not. This helps in keeping employees on toes knowing that whatever they do they will be held accountable.

· It is very reliable for evidence
In case one needs evidence about incidences that have occurred, they can always retrieve the footage from the Digital Video Recorder. In most cases, CCTV footage are used even in court cases.

· It is a good way of maintaining discipline
Wherever the cameras are mounted in the office, the people who operate in the particular area are very cautious of everything they do and say. This can be used as a tool to improve productivity in the office. 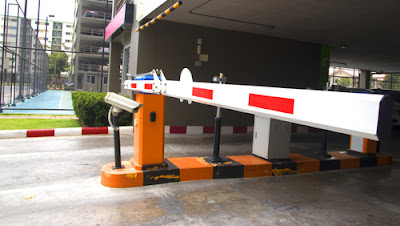 Disadvantages of CCTV in the office
· Use of CCTV cameras in some offices can compromise privacy. For offices like hospitals and counselling centers, client information should be kept confidential. This can act as a business barrier since nobody would like to have a third party knowing about their private life.

· They are prone to vandalism
in crime stricken areas, cameras are more likely to be destroyed by malicious people, hence one has to keep replacing them

· They have a limited view
Not all cameras can guarantee a 360 degrees’ view of the place they’re installed. One may not be able to get all the details by relying on camera footage.

· It damages the relationship between employees and the employer
Nobody likes being monitored all the time. with CCTV systems that are placed in an office, fear is usually instilled in the employees, which may lead to over cautiousness hence lowering productivity.

Conclusion
CCTV cameras are a good idea that has fostered security and vigilance in many organizations in Singapore. Being a highly productive state, security has to be beefed up as well. The few shortcomings that come with CCTV systems cannot be compared with the benefits that people draw from it.
Posted by Unknown at 09:42